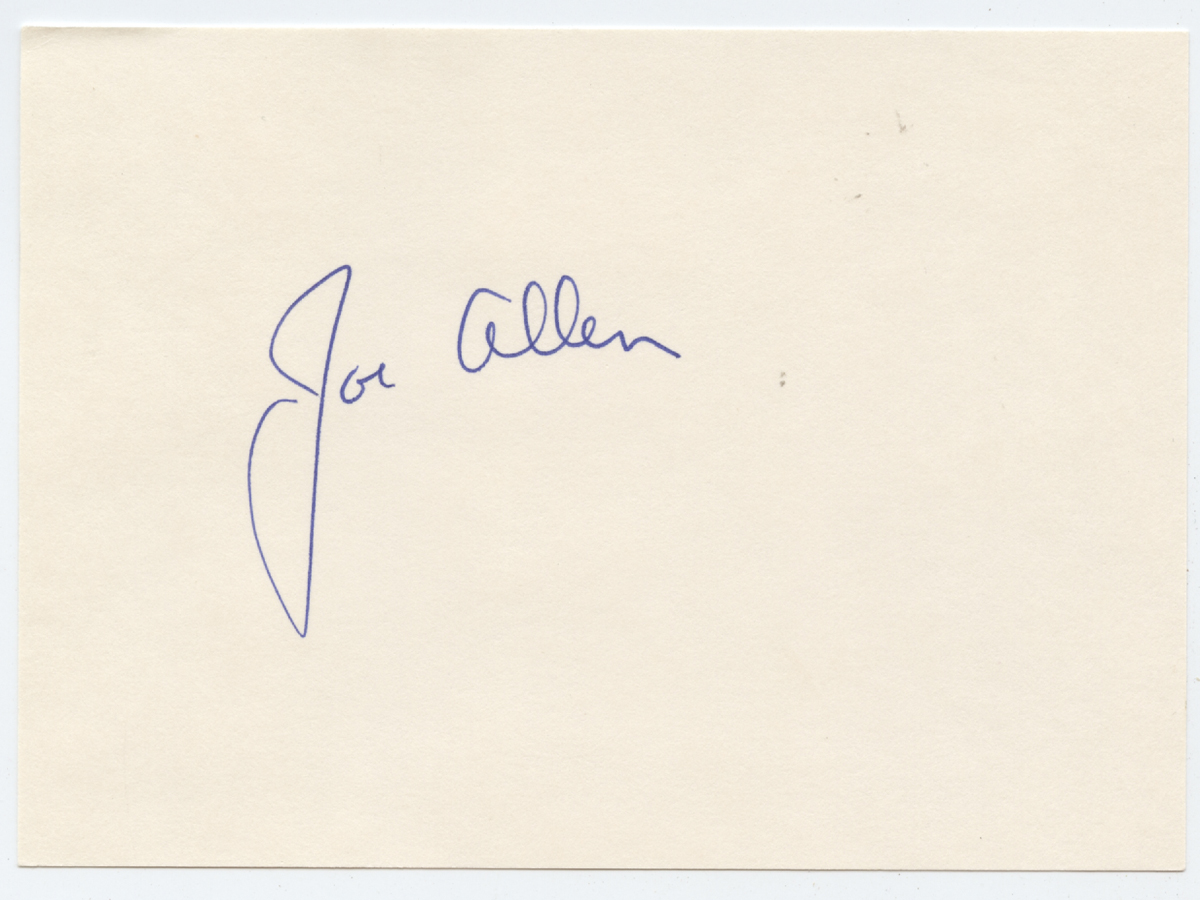 Allen, Joe (1937 - ); Allen served as mission specialist on STS-5, the first fully operational flight of the Space shuttle program, which launched from Kennedy Space Center, on November 11, 1982. STS-5, the first mission with four crewmembers, clearly demonstrated the Space Shuttle as fully operational by the successful first deployment of two commercial communications satellites from the Orbiter's payload bay. The mission marked the first use of the Payload Assist Module (PAM-D), and its new ejection system. The STS-5 crew successfully concluded the 5-day orbital flight of Space Shuttle Columbia with the first entry and landing through a cloud deck to a hard-surface runway and demonstrated maximum braking. STS-5 completed 81 orbits of the Earth in 122 hours before landing on a concrete runway at Edwards Air Force Base, California, on November 16, 1982.

Allen was a mission specialist on STS 51-A, which launched from Kennedy Space Center, Florida, on November 8, 1984. This was the second flight of the Orbiter Discovery. In the first space salvage attempt in history, Allen and Gardner performed spacewalks and successfully retrieved for return to Earth the Palapa B-2 and Westar VI communications satellites. STS 51-A completed 127 orbits of the Earth in 192 hours before landing at Kennedy Space Center, Florida, on November 16, 1984. With the completion of this flight Allen logged a total of 314 hours in space. 6" x 4" card signed in ink. $25.00