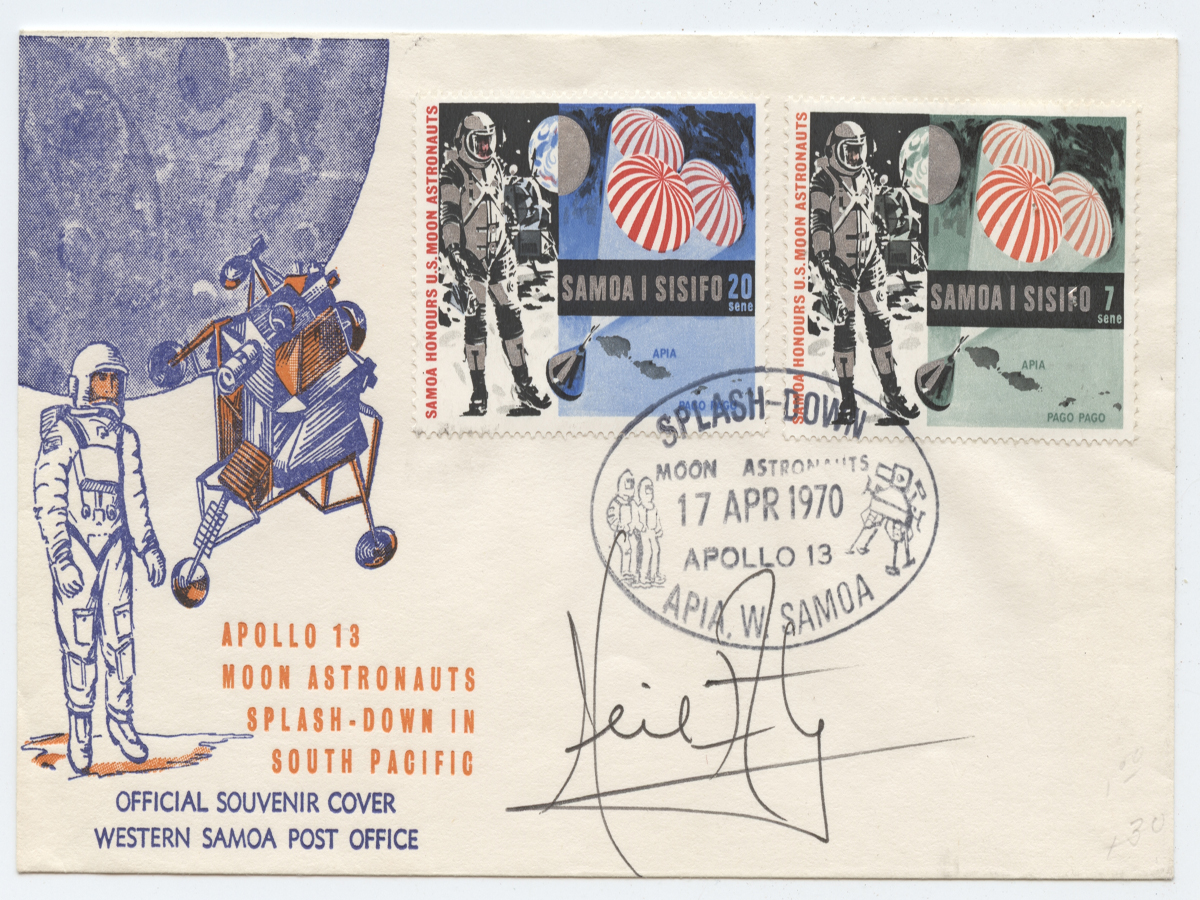 Armstrong, Neil (1930 - 2012); was an American astronaut and aeronautical engineer and the first person to walk on the Moon. He was also a naval aviator, test pilot, and university professor.

A graduate of Purdue University, Armstrong studied aeronautical engineering. He became a midshipman in 1949 and a naval aviator the following year. He saw action in the Korean War, flying the Grumman F9F Panther from the aircraft carrier USS Essex. In September 1951, while making a low bombing run, Armstrong's aircraft was damaged when it collided with an anti-aircraft cable which cut off a large portion of one wing. Armstrong was forced to bail out. After the war, he completed his bachelor's degree at Purdue and became a test pilot at the National Advisory Committee for Aeronautics (NACA).

Armstrong joined the NASA Astronaut Corps in the second group, which was selected in 1962. He made his first spaceflight as command pilot of Gemini 8 in March 1966, becoming NASA's first civilian astronaut to fly in space. During this mission with pilot David Scott, he performed the first docking of two spacecraft; the mission was aborted after Armstrong used some of his re-entry control fuel to stabilize a dangerous roll caused by a stuck thruster. During training for Armstrong's second and last spaceflight as commander of Apollo 11, he had to eject from the Lunar Landing Research Vehicle moments before a crash.

On July 20, 1969, Armstrong and Apollo 11 Lunar Module (LM) pilot Buzz Aldrin became the first people to land on the Moon, and the next day they spent two and a half hours outside the spacecraft while Michael Collins remained in lunar orbit in the mission's command module (CM). When Armstrong stepped onto the lunar surface, he famously said: "That's one small step for [a] man, one giant leap for mankind." First Day Cover from Western Samoa signed in ink. $150.00